Proposition 3 (limiting service of appointees by the Governor) proposes a constitutional amendment that would prevent certain office holders from serving indefinitely beyond the expiration of their term. Office holders who are appointed by the Governor and confirmed by the Senate and receive no salary would only be able to serve until the last day of the first regular session of the Texas legislature that begins after their term expires.

Proposition 4 (notification of Attorney General in court cases of unconstitutional statutes) proposes a constitutional amendment that would allow the Texas legislature to require any court that is hearing a challenge to the constitutionality of a state statute to notify the attorney general of that challenge, if the party raising the challenge notifies the court that the party is challenging the constitutionality of such statute. Additionally, the amendment would allow the Texas legislature to set a period of not more than 45 days following the notification to the attorney general that the court must wait before rendering a judgment that a state statute is unconstitutional. 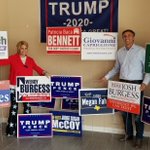 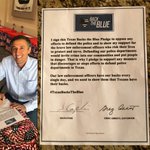