As a successful businessman, Giovanni knows you can’t spend more than you take in. He’s using his private sector experience to bring fiscal discipline to the state budget.

As a respected leader on the House Appropriations Committee, Giovanni has saved millions of taxpayer dollars by reducing waste, fraud and abuse in our state budget. Because of Giovanni’s efforts, Texas has passed balanced budgets that cut spending without raising taxes.

Giovanni is doing more than cutting spending. He’s finding ways for government to work more like private business, creating new revenue without tax increases. Giovanni passed a bill that improves the way Texas invests the money in its savings account. This will increase the state’s investment return by more than $50 million dollars per year.

Giovanni has a 100% pro-life voting record and will protect innocent life at all costs. Giovanni voted to defund Planned Parenthood and authored the Abortion Trigger Ban Bill, which will ban abortion in Texas as soon as Roe v. Wade is overturned.

Giovanni passed a bill providing more transparent and accurate reporting of abortion complications. Governor Abbott praised Giovanni’s efforts saying, “This bill, which would not have been possible without the leadership of … Rep. Giovanni Capriglione, will result in more accurate data being provided to the state. The health and safety of women is of the utmost importance, and we must have the most accurate data available in order to create good policy.

We must secure our borders and respect the rule of law. Biden’s border crisis has reached a breaking point, so Giovanni fought for state funding to build the border wall and put more law enforcement officers and better technology along the border.

Giovanni authored a bill that stops Texas cities from harboring illegal immigrants and allows our law enforcement officials to stop those that are breaking our immigration laws.

Giovanni is creating a business environment in Texas that encourages economic growth and job creation. Earning a 100% rating from National Federation of Independent Business (NFIB), Giovanni has cut government red tape, taxes and fees. He is stopping frivolous lawsuits by personal injury trial lawyers that create a hidden “tort tax” on Texans that only enrich the lawyers.

Giovanni fights for property tax reforms to ensure your money stays in your pocket. Giovanni led efforts to give voters the right to veto attempts to raise property taxes and coauthored a bill to increase your homestead exemption. Giovanni prevented local governments from increasing property tax rates without voter approval.

Before Giovanni was elected, he was leading the fight against rising property taxes. Giovanni ran successful campaigns against tax increases in our area. As your State Representative, Giovanni continues to fight for property tax reforms to ensure your money stays in your pocket.

Giovanni is fighting to keep our elections fair and increase access for Texans to vote. He voted in favor of the Election Integrity bill to provide uniform voting hours, increase penalties for ballot harvesting, require Voter ID for mail in ballots and applications, and verify citizenship.

Giovanni proudly backs the blue and always supports our Texas law enforcement and first responders. He voted to criminalize the act of knowingly obstructing an emergency response vehicle. After liberal cities defunded the police, Giovanni passed a bill to let the voters say “NO!” Giovanni also voted to provide enhanced training for law enforcement so that officers are prepared to perform their duties more effectively.

We are blessed to have many excellent schools in our area, but we can improve. Giovanni is fighting for more local control of our school districts and is leading efforts to ensure tax dollars make it directly to the classroom. As a member of the Appropriations Committee, he ensured Texas fully funded the Legislature’s commitment to public education investments made in the last session.

Giovanni voted to lower the high-stakes nature of the STAAR exams for 5th and 8th grade students. Giovanni supports our Texas teachers, and he helped increase the state’s contribution rates at the Teacher Retirement System (TRS) and proudly voted to give our retired teachers a thirteenth check.

Giovanni has led the effort to increase transparency in government because that’s the only way it can be held accountable to the people. Giovanni voted to launch a statewide website at Texas.gov/PropertyTaxes, where property owners can easily find their local truth-intaxation website.

Giovanni was named Open Government Lawmaker of the Year for passing several significant ethics reform bills. He led efforts to require a searchable database of all major state and local contracts, specifically detailing every business or person that profits from local contracts, including elected officials. The San Antonio Express News praised the bill as “the most significant ethics reform bill of the session”.

Giovanni has an “A” rating from the NRA and fully supports our right to keep and bear arms. He will always be on the side of gun owners and will support their constitutional rights. He was instrumental in passing legislation during the “most Pro-2A legislative session” in 2021.

Giovanni sponsored SB 19, prohibiting the state from entering into contracts with companies that discriminate against the lawful firearm or ammunition industries. Giovanni was proud to be a co-author of HB 1927, making Constitutional Carry law in Texas. He believes in Texans’ right to bear arms and self-defend.

Giovanni is fighting against Critical Race Theory because he believes biased politics have no place in our classrooms. Giovanni helped pass HB 3979 to oppose destructive Critical Race Theory ideology from being taught in Texas schools. CRT attempts to divide our society and undermine our American values. Giovanni wants our children to be taught history, not hate.

Giovanni coauthored and passed a bill to protect girls’ sports. Our daughters deserve a fair chance in sports, and this bill prevents schools from allowing biological boys to compete in girls’ sports competitions.

Government frequently falls behind in utilizing advancements in technology and security. Sensing a looming disaster, Giovanni passed a sweeping cyber security bill that will help keep your private information stored with the state safe from cyber-attacks.

Giovanni authored and passed the Texas State Bullion Depository bill which will better protect our state’s sovereignty by bringing gold and silver back to Texas. Giovanni has been interviewed with organizations across the world to discuss this bill including the Associated Press, CNBC, Fox Business News, Reuter’s, CNN Money and Bloomberg.

We will have our day in court to strike down Biden’s unconstitutional abuse of authority. 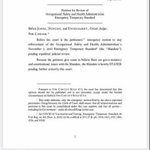 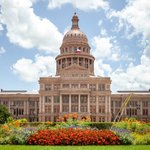