Today Giovanni Capriglione announced his intention to seek the Republican nomination for Texas House District 98. As a businessman, father of 3 children, and devoted Republican activist, Giovanni recognizes the need for conservative representation in HD 98.

Giovanni stated “It’s my desire to provide conservative representation that accurately aligns with the values of the voters of House District 98. The voters of HD 98 desire limited government, fiscal responsibility, and unwavering family values. As a State Representative I desire to work with conservative leaders across Texas to stand up against the growth in state government, fight to increase the quality of education for our children and ensure accountability of elected officials.”

Conservative leaders throughout HD 98 have flocked to Giovanni’s side in support of his candidacy.

Tarrant County GOP precinct chair and House District 98 Area leader Natalie Genco stated “Giovanni has been in the trenches for years and has proven himself as someone devoted to conservative principles.”

NE Tarrant Tea Party leader Julie McCarty came out strong in support of Giovanni’s candidacy by stating “Giovanni has worked with voters across this district on issues from education to government transparency. He has continually stood up for limited government and has the conservative principles we need in the Texas House.”

Marie Howard with The Boiling Point Tea Party also endorsed Giovanni saying “Giovanni has stood with Tarrant county voters for our conservative values, his dedication and hard work is exactly what we need in Austin.”

Giovanni has devoted himself to conservative ideals and has been actively fighting for limited and efficient government in the DFW area. He has leadership positions in several local Republican and conservative grassroots organizations, focusing on voter education and turnout.

Giovanni has lived the American dream. After receiving his BS in Physics he pursued his MBA in Finance from Santa Clara University. After school Giovanni went on to work for a DFW based venture capital/private equity firm. Giovanni is now the owner and President of his own small business, Texas Adventure Capital LLC, where he provides business services to various investment fund managers and business owners.

Giovanni has been married for 11 years to his wife Elisa and has three children two of whom attend Carroll Elementary School. More information regarding Giovanni’s candidacy can be found at http://www.votegiovanni.com/.

We’re proud to partner with Amazon on supporting North Texas Giving Day! Our friends @Amazon will match donations up to $10,000 raised by @GRACEGrapevine, @cstorehouse, and @TheCECorg . Learn more on how you can help these organizations by visiting @NTxGivingDay
  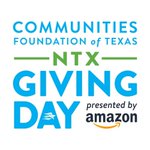 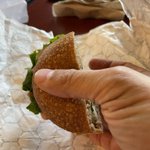 Our Campaign is Official!